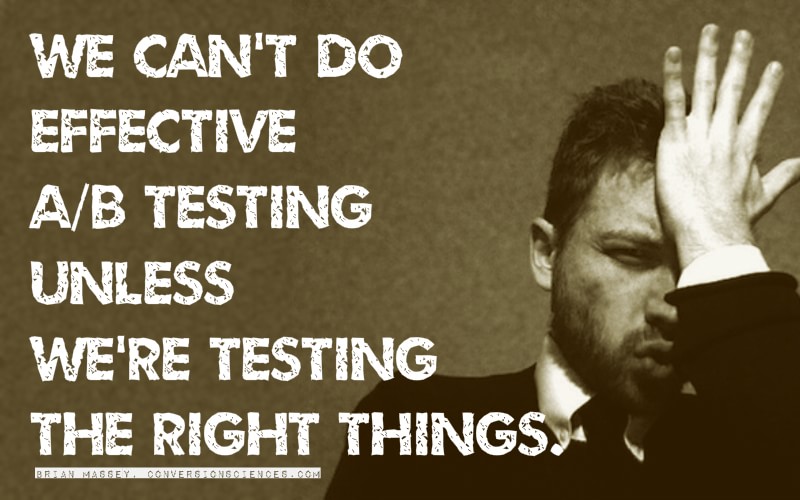 WHY you might be optimising the wrong thing, and HOW you can optimise better using "Deep Conversions". 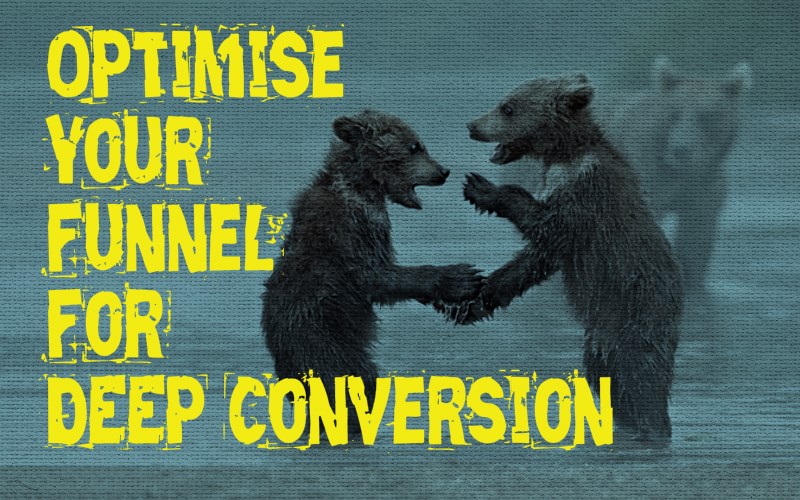 So, you want to have a high converting website? Of course, everyone does! But there's a mistake many people make - and I'm here to save you from making that same mistake, but first, a quick Pop Quiz to set the scene: 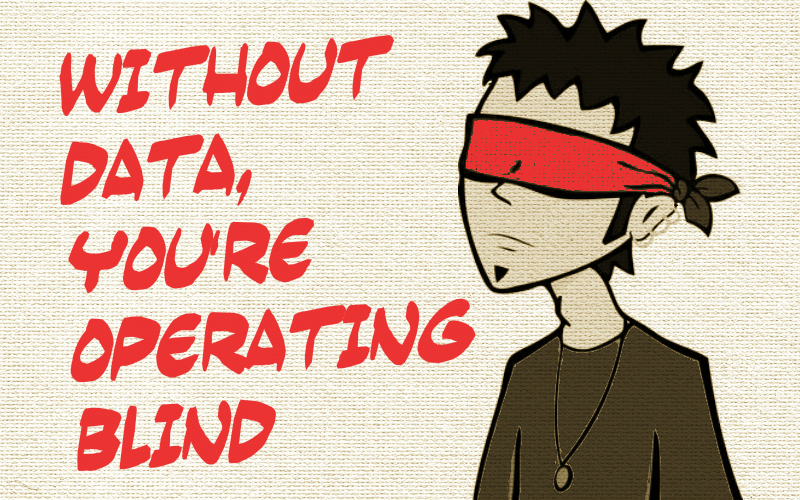 As Al Mackin of Formisimo.com says, "The biggest mistake is to make an assumption without data - either basing a decision on a personal belief, or assuming that a part of the process is ok, without seeing the data to prove that."

Pop quiz 2: what if I now told you that even though Version B got more Registers, we actually got more sales from users registering up on website Version A? Which would you now choose? More registers? Or more sales?

Put more simply, do you want just to add more people INTO the start of your conversion funnel, or do you want to optimize your whole funnel to get more people reaching deep into your funnel?

Let's take a look at a Conversion Funnel we created using mixpanel. This funnel tracks conversion rates at a number of key stages in a user journey (shown below). You can see the discrete conversion rates at each stage as a user moves from initial Register, to using our Visual Editor, and Publishing event tracking. Our key goal is to get users to the right hand side to PUBLISH - because that's where the value of our product lies. 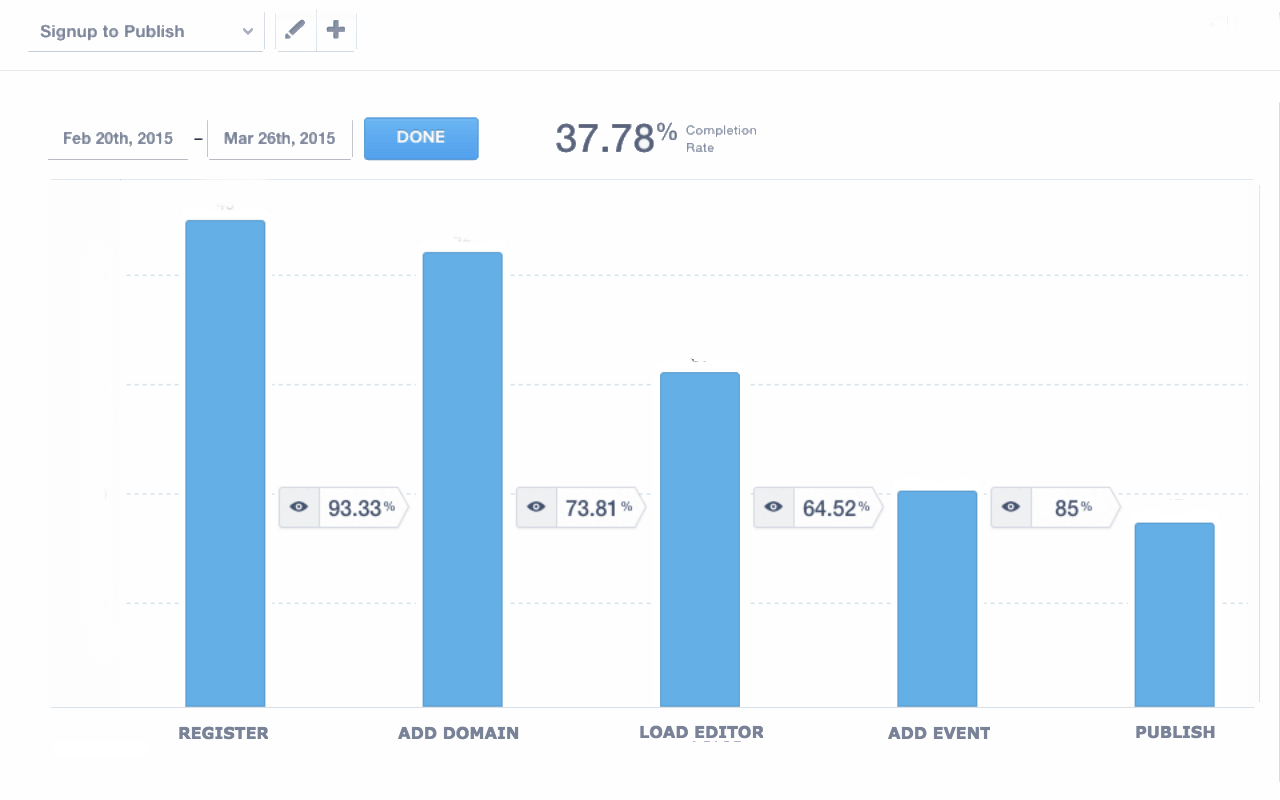 If you have an ecommerce business, your funnel might look similar, but your steps might be "Search Products", "Add to Cart", and then "Checkout".

If you have a SaaS business, your funnel will be pretty similar to ours: user Register for a Trial, Instal Product, Use Product, reach Value Stage (for us its "Publish", but its unique for every SaaS product).

Now, if ALL you want is for people to Register to an ever growing email list, then that's fine, you can stop reading now, ..but if you want MORE than that, if you want an awesome website with a great conversion funnel, and if you want people getting to the money $$$ end of your funnel, then what really matters are Deep Conversions.

Let me explain this with a real example, to show you a Case Study of an experiment we actually ran, and how we learned that we were optimising for the wrong thing - and you may be too!!

Conversion Funnel Optimization Case Study: How to Optimize for the Right Things

Brian Massey said in an article on conversion rate optimisation that "We can’t do effective A/B testing unless we’re testing the right things". We were testing the wrong thing.

A little background: we let people try out our product before they even Register. We call it "Playmode". Playmode allows potential customers try out our Visual Editor before they decide to even start a trial. We want potential customers to experience our value proposition as quickly as possible, so we let them play a little, so they see the value first (in our case, it its way easier to use our visual product than to have a developer write custom tracking code) and then we ask them to start a free trial.

We know Playmode works from previous testing, but we also know that our explainer Video is helpful. So we decided to test if Playmode was better "on its own" or "with a explainer video".

So we setup an experiment, and tested two variants: One that had Playmode and small text link to watch the video, and one which just had a large image beneath as a call to action to watch the video. You can see the two test versions below: 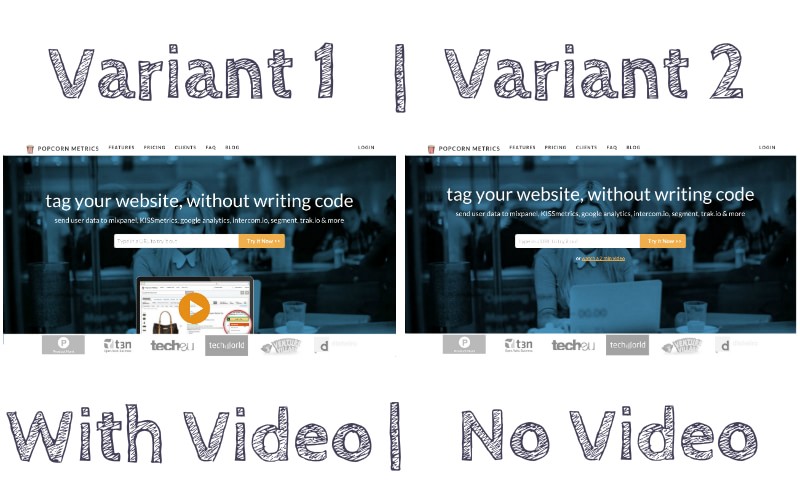 We ran the experiment using Google Experiments, and our Goal was to find which version gave the highest Register conversion rate.

We used Popcorn Metrics to capture actions on our own website, and send data into Google Analytics and Mixpanel every time someone Registered, Tried Playmode or Published. We also configured each event as a Goal in Google Analytics. (This made measurement really easy.)

We ran the experiment with the Objective of Register Goal and the versions of "Playmode PLUS Video" got the best signup conversion rate at 3.2% (as shown below).

So, we declared that version the winner, as it had the highest Register rate - 3.2% was a whopping 40% imprvement on 2.3%, and an obvious winner, right? Wrong. There was our mistake, here's why...

Deep Conversion Funnel Optimization, Why our experiment was wrong.

THE Google Experiments report shows conversion rates for Multiple Goals. This enabled us to see conversions for other Conversion Funnel stages. And we noticed that although Variation 1 had the highest Register rate, its had the LOWEST Publish rate! (see below).

We were optimizing conversion for the wrong objective!

We were assuming that to Register was the most interesting outcome, but looking deeper into this funnel, our "winning Variant" had a worse conversion rate deeper in the Conversion Funnel (just 2.5% Publish Rate), compared with the Original (5.8%) or Variant 2 (3.7%).

Let me re-state this, because its hugely significant. The landing page variant that got the most Registers, actually got the lowest percentage of users deep into the Funnel!

For users who signed up having only seen the Video, only half as many users reached a Deep Conversion action (in this case to Publish events) than those who had entered via Playmode.

The experiment data was saying Variant 1 was the best, but they weren't reaching deep into the funnel.

Because users had a different landing page experience their subsequent behaviour differed - and our optimization would inadvertently drive the wrong behaviour.

We realized that to Optimize our conversions just for Registrations, without looking at the impact on the funnel was a huge potential mistake.

A FURTHER INSIGHT: we also discovered that users who saw the video, subsequently were less likely to try playmode, and would generally take the decision to Register based on the video alone (less than 10% then tried playmode). When we offered video, although it captured people's attention faster, it didn't engage them in the same way as those that used the Playmode. 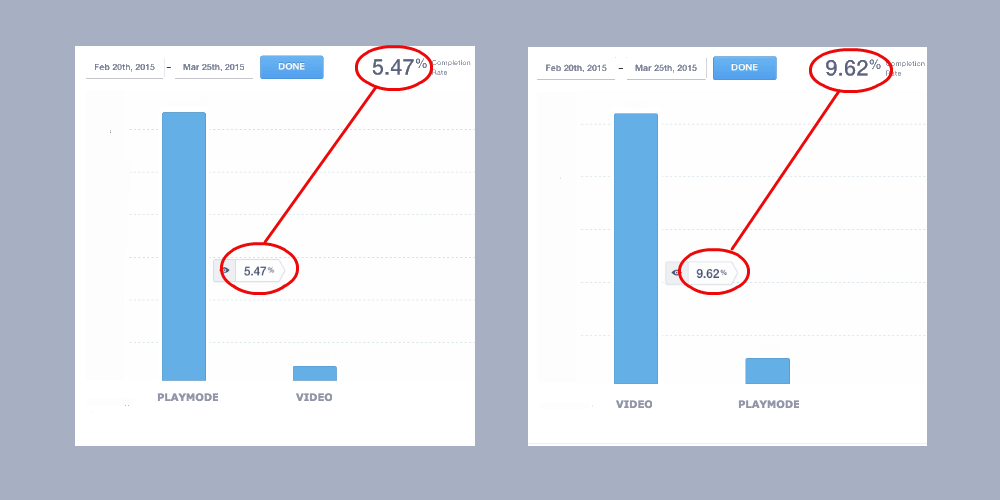 A FUTURE TEST: If we can figure out a way to get more video watchers to ALSO view PLAYMODE. If we can do that, then we could improve both ends of the Conversion Funnel.

KEY TAKE-AWAYS: How to Optimise your Website Conversion Funnel for Deep Conversions

THE LESSON: Optimising one step without looking at the overall funnel is dangerous. In our Case Study, we would have been wrong to blindly choose the winner based on Registrations. It was better for us to ignore the winner and keep the Playmode focused landing page because it produced the best overall conversion funnel.

What really matters is that users get to progress deep into the funnel - because that's where the true value lies for your customers - and hence for your business.

Ok, so now that you know that its dangerous to focus your conversion funnel optimisation just on optimizing a discrete step in the funnel without looking at the whole funnel - what can you do about it? I've broken our learning into some key take-aways you can start using today. Just click the link below and enter your email to download and keep my 15 Tips to Optimize your Website Conversion Funnel.

How do you measure and optimise conversions? Please let me know your thoughts in the comments section below.